The Legend of the Warriors of the Rainbow… 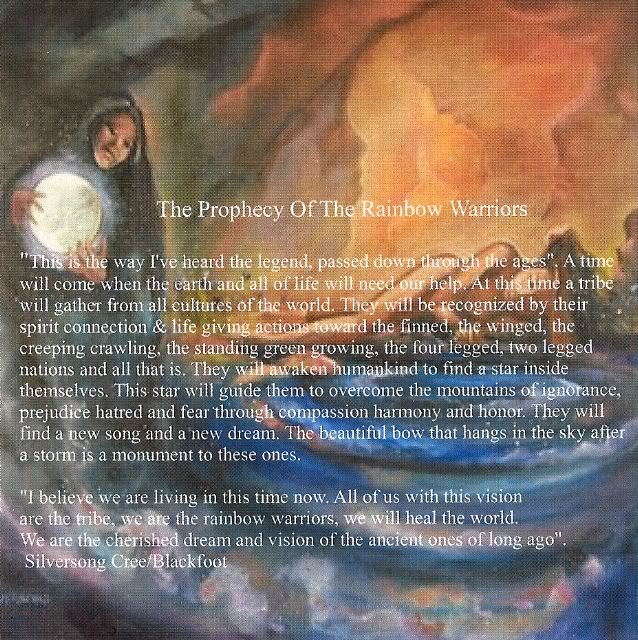 Click the link to read the full Cree Prophecy.

A Bridge from Here to There…

Today, I am off to fully pursue my path. While it is hard to leave my loved friends and family here in Charleston…it is even harder to ignore my path. So my bags are packed and off to Western North Carolina I go…down the rabbit hole  🙂

The External Environment is a Direct Reflection of the Internal…

I’ve had folks texting and emailing me all day wanting to know how August 20 went…what happened?…anything life changing?…

Here’s how I spent my day.

END_OF_DOCUMENT_TOKEN_TO_BE_REPLACED

Yes, yes…I know…a “fortune cookie”…really??!! Well…if you’ve been reading the previous posts, it wouldn’t surprise you that “messages” come in every shape and form…once the message is received it doesn’t matter where it came from…does it?

Well…like everything else…it often takes a few consistent “nudges” or flat out blatant in your face billboards, before you clue in…that hey there’s something going on here.

END_OF_DOCUMENT_TOKEN_TO_BE_REPLACED

There are a lot of things that have been happening over the last few days, but I need to digest the information coming forward before posting it with all of you.

One such event is August 20th.

As you know, Diane Samsel had recommended that I not make any major/rash decisions before August 20th, because the Universe will be calming down in its Cosmic Dance. I had also been advised to “slow down”, “ponder and plan”. Well, I’ve been doing just that. And for the most part, I’ve been isolating myself so as not to be placed in a position where I had to make any major decisions. The few times that I was in such a position…the Universe stepped in and had those decisions delayed and rescheduled for after August 20th! (I’ll post those events in another entry).

However, the “coincidences/synchronicities” have been increasing or picking up speed again as we get closer to August 20.

END_OF_DOCUMENT_TOKEN_TO_BE_REPLACED

If you haven’t already seen this documentary…and even if you have seen it…New Thought the Movie, brings it all together.  Are you the creator of your destiny? Do you truly know the power of your thoughts? Definitely one to add to your library :  New Thought Movie

Image | Posted on August 15, 2013 by mypersonalchef | Leave a comment
My Journey
Blog at WordPress.com.